Hydraulic excavators can never be undermined and could be deemed as ‘all the rage’ of the construction industry, because of the crucial roles that they are generally involved with in prepping construction sites. This prepping work that range from breaking hard ground strata to smashing concrete, drilling holes and cutting steel among others.

Ever since the first heavy machines were introduced into the “hard hat” that mostly began with laying gravel and paving apart from breaking boulders, heavy construction machines such as excavators have become critical success factors for just about any kind of construction project. These excavators, especially mini excavator rentals are usually obtained on a daily rate and for the most part are considered justifiable due to the tremendous cost reduction and savings they bring to the table.

The reduction in cost for projects by taking excavators for hire is generally attributed to the lower number of people (raw labour) doing menial tasks such as digging, carrying, shovelling, clearing and dumping among others. In other words, a single mini excavator would be able to the work of ten men in half the time. This is why project managers and project engineers often refer to the excavators as the GC unit; the GC is basically the abbreviation of “game changer”.

However, this was not always the case, for excavators as their beginnings or the initial designs of excavators were designed and built to act no more than mechanised shovels and had no other use and during the housing boom of the 20th century these machines received due credit as they allowed projects to move forward twice as fast.

The successful utilisation of excavators for the housing industry heavy machinery manufacturers saw an opportunity within the scope of the excavators which resulted in different manufacturers racing to build better and more versatile excavators by adding more features. These additional features ranged from power, agility, capability, flexibility and mobility among others.

It took another few decades until the hydraulic excavators made their debut into the construction industry which was the ‘game changing” element.

From heavy-duty big-time manufacturers such as Kubota who are known for their robust and user-friendly machinery to Caterpillar among the bigger heavyweights of the heavy industry. For instance, Caterpillar and Kubota both offer excavators regarded as mini or compact excavators between 500kg to 1000kg plugged with no less than 13 HP of raw power to the giants of the industry the CAT 6090 which weighs close to 100,000kg and spits out 4500 HP on demand.

With the arrival of the hydraulic excavators that are fitted with s hydraulic coupling system, it is not about the excavators as much anymore, but more about the type of tool attachments that come with these excavators which are also usually available on rentals.

To sum it all up, although the power and the scale of excavators are critical towards choosing the most suitable excavator for the appropriate construction job, the actual challenge is the project planning and the effective and efficient use of resources – as they say – “the devil is in the detail”

Furthermore, you can read our articles on this website https://loveminecraft.com/ to know more about online tricky games. Do not forget to check that out! 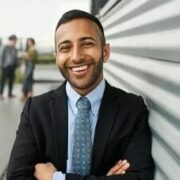